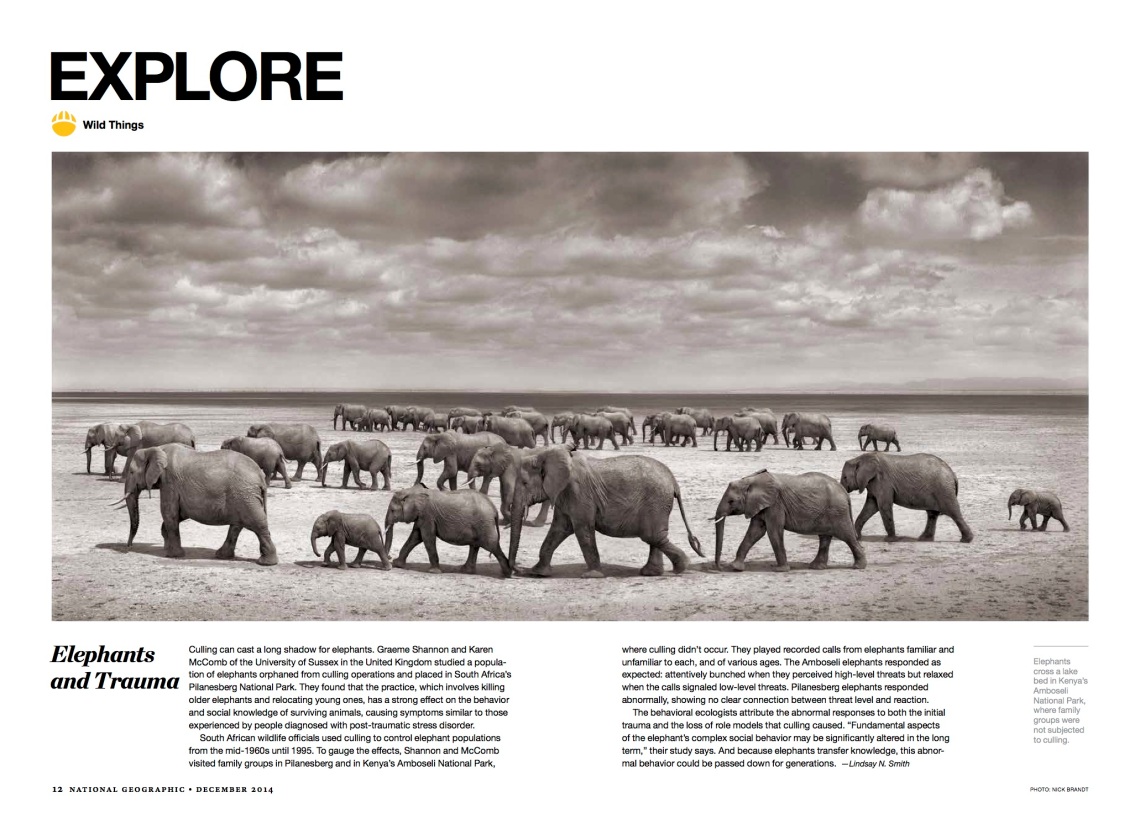 Published in the December 2014 issue of National Geographic magazine

Culling can cast a long shadow for elephants. Graeme Shannon and Karen McComb of the University of Sussex in the United Kingdom studied a population of elephants orphaned from culling operations and placed in South Africa’s Pilanesberg National Park. They found that the practice, which involves killing older elephants and relocating young ones, has a strong effect on the behavior and social knowledge of surviving animals, causing symptoms similar to those experienced by people diagnosed with post-traumatic stress disorder.

South African wildlife officials used culling to control elephant populations from the mid-1960s until 1995. To gauge the effects, Shannon and McComb visited family groups in Pilanesberg and in Kenya’s Amboseli National Park, where culling didn’t occur. They played recorded calls from elephants familiar and unfamiliar to each, and of various ages. The Amboseli elephants responded as expected: attentively bunched when they perceived high-level threats but relaxed when the calls signaled low-level threats. Pilanesberg elephants responded abnormally, showing no clear connection between threat level and reaction.

The behavioral ecologists attribute the abnormal responses to both the initial trauma and the loss of role models that culling caused. “Fundamental aspects of the elephant’s complex social behavior may be significantly altered in the long term,” their study says. And because elephants transfer knowledge, this abnormal behavior could be passed down for generations.

View all posts by tinyhazards